Plan your visit to The CJM!
WISE SONS JEWISH DELI

Take out and limited outdoor dining only. 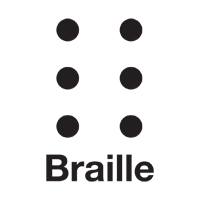 Braille and large print menus are available, please ask for a copy at the Wise Sons register inside The Contemporary Jewish Museum.

The Wise Sons themselves. Photo by Gary Sexton Photography.

But who are these Wise Sons anyway? And what do they know from delis?

Wise Sons co-founders Evan Bloom and Leo Beckerman smoked their first pastrami in a San Francisco backyard in 2010. The two Los Angeles natives were frustrated by the dearth of deli food they’d grown up with and realized there was only one solution: they had to make their own.

Eager to test out their evolving recipes, Bloom and Beckerman gathered folks together for deli dinners, and when these parties quickly exploded from twenty to two hundred people, it was clear they weren’t alone in their desire for good deli food in San Francisco.

Bloom and Beckerman launched Wise Sons as a series of pop-up events around the city and were overwhelmed by the long lines that quickly formed. They’d known the interest was there but had seriously underestimated the passion people felt for Jewish deli food.

News of Wise Sons spread, and soon they were setting up a stand at the Ferry Plaza Farmer’s Market. Wise Sons was thrilled to join the Ferry Plaza—a community with such a rich history and commitment to excellence—but for Bloom and Beckerman, a real deli always meant a brick-and-mortar space—a place where people could come together to eat with friends and family.

Wise Sons Deli opened the doors to its 24th Street location in February 2012, and the small space immediately flooded with an abundance of support—and opinions, lots of opinions—from the local community.

Wise Sons takes great pride in making just about everything in-house, from their double-baked rye bread to the smoked pastrami. Their matzo ball soup may not be your Ma’s, but it’s made with love just the same.

With locations in the Mission, the Fillmore, & at Farmer's Markets, Wise Sons’ ongoing mission is to provide its customers with the best Jewish soul food in the country.

Wise Sons is proud to serve from its outpost inside The Contemporary Jewish Museum and considers each person who eats at the deli as part of its family.

So come in, sit down, and have a little nosh. You look hungry.